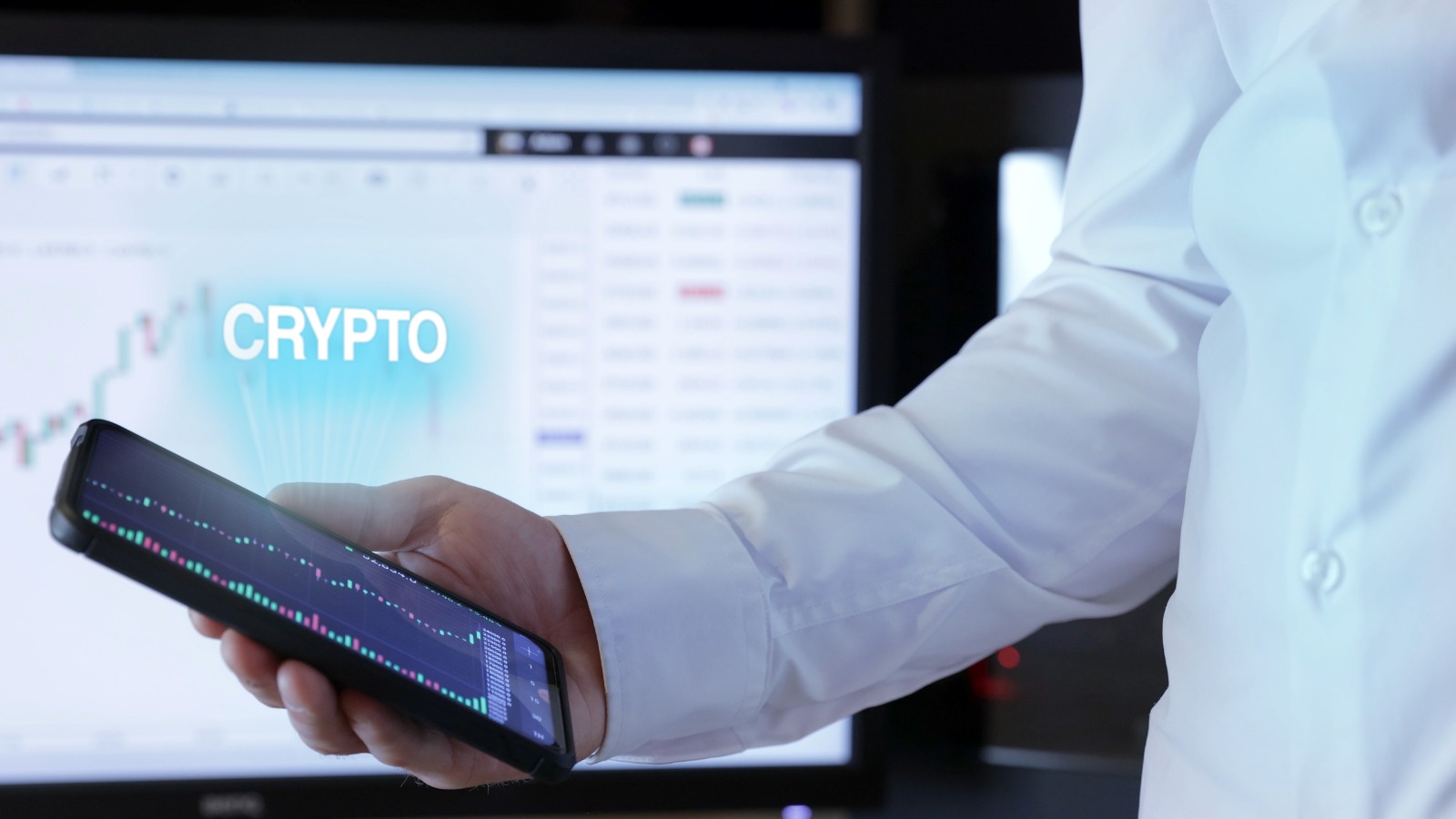 Unless you’ve been hiding in a cave for the past few years, which nobody would blame you with all that’s going on, you’d have noticed that there’s been a lot of hype about Cryptocurrencies. As Microstock contributors, we’d be wise to pay attention and profit from such trends by creating some concepts!

As you’re a stock contributor seeking profitable opportunities, your goal is to try to capture content that represents trends and anticipate future trends within popular culture. The good news is that as Cryptocurrencies are new within popular culture, with new alternative-Cryptocurrencies coins emerging everyday. The Microstock market isn’t yet saturated for these types of concepts. But you would be wise to soon take action…

Adam has been shooting Microstock footage since 2018 and in 2020, he purchased a DJI drone. Currently he has just over 1,000 stock videos in his portfolio and is now obtaining regular sales at Adobe Stock, Shutterstock and Pond5. Recently, Adam has been hard at work creating potentially profitable Cryptocurrencies concepts, along with his girlfriend, to be licensed commercially (model-released).

What are cryptocurrencies – a brief introduction

Even before you may dive into creating (perhaps unfamiliar) trending concepts, it’s a good idea to try to comprehend, at a basic level, just what you’re aiming to create.

A cryptocurrency is a digital or virtual currency that is secured by cryptography, which makes it nearly impossible to counterfeit or double-spend. Many cryptocurrencies are decentralized networks based on blockchain technology—a distributed ledger enforced by a disparate network of computers.

Sounds highly technical, right?! Not to worry though, as we’re creating Microstock content, usually it’s simpler than you would think. The goal is to create broadly generic concepts that would look great on thumbnails and rank highly on popular keywords. If you’re curious to explore more, we would recommend watching the following YouTube tutorial:

Google Trends is an excellent free-to-use tool to receive a sign that a certain concept may be trending / may trend soon. See below the results during the past 5 years for both “Cryptocurrency” and “Bitcoin” (the most popular Cryptocurrency of them all). You may also wish to search for emerging Alternative-Cryptocurrencies (also known as “Alt-Coins”), such as “Dogecoin” and “Safemoon”. 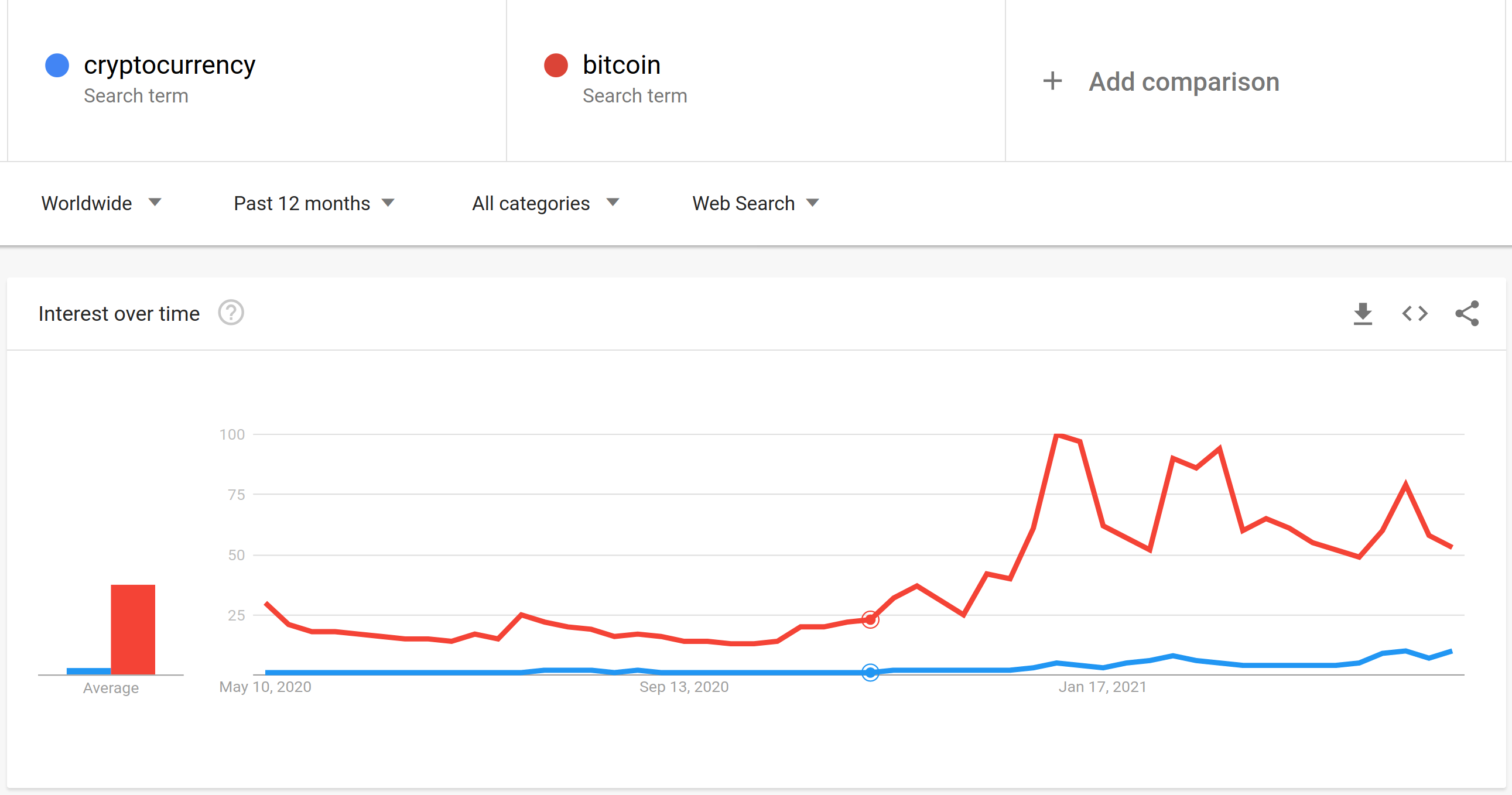 In conjunction with using the two above-mentioned tools, it’s a good idea to search for the best-selling / most popular clips at any of the major Microstock sites. There are plenty of different concepts on the first few pages of any of the major sites that will give you some great ideas as to what sells and which keywords to target. Your goal should be to try to improve upon some of those high-ranking clips at both conceptual and technical levels.

Results for 'cryptocurrency' search on Pond5

Next, Adam has also done his research discussed briefly above and begun brainstorming specific concepts and scenarios. He has summed up a few takeaways from his research and ideas on how to implement that info into a workable concept.

Adam admits that his concepts tend to be more on the simpler side. Such as, basic shots of him or his girlfriend (or together) reacting positively to what they see on a screen (pricing charts). As well as some more advanced conceptual shots using After Effects. These can apply also to general trading concepts and not just Cryptocurrencies as you may see below.

Adam jotted down some ideas prior to his shoot and it’s also interesting to see the final execution next to each point:

Starting with gear, Adam used throughout the shoot a Canon R6 paired with the EF 24-70 F 2.8L and a 24-105 F4L. The ring light was purchased from Neewer and included a soft-box.

Adam is impressed with the R6 for video, as the quality of the sensor and the image processor allows him to push up to the higher ISO ranges without worrying too much about noise. The 24-70mm F2.8 lens is top notch and he usually uses it when he’s shooting on a tripod.

The moving shots were hand-held using the 24-105mm lens. The lens stabilization, along with the mechanical IBIS and digital stabilization in the camera, ensured smooth shots without requiting the use of a gimbal.

The R6 also has built-in Wi-Fi that can connect to a smartphone easily enabling the remote trigger and the ability to adjust settings. In addition, the R6 has a great autofocus/face detection system, so him and his girlfriend could focus on his Oscar-winning performance.

Adam doesn’t have access to a professional studio and instead relies on his basement, which has poor artificial lighting. Therefore, he uses a soft-box he purchased from Neewer for about $100. The soft box helps to create nice even light without harsh shadows. The light he used was on the cooler side of the kelvin scale to make the shots “cleaner” without the warm artificial tones. White balance was shot in manual to later colour-grade using Adobe Premiere. 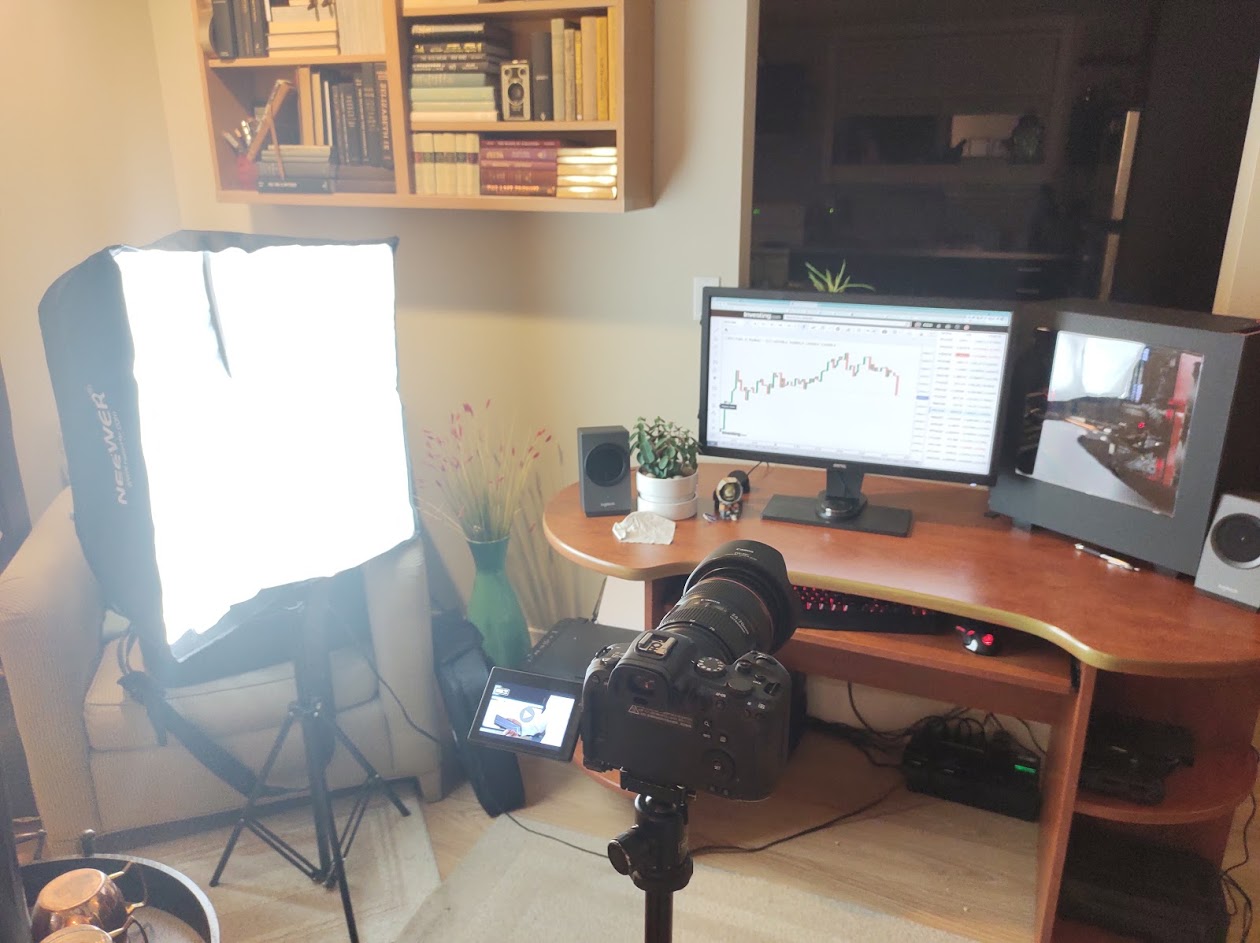 Adam's setup for his cryptocurrencies photoshoot

Adam would optimally shoot in a location with natural white light in a bright, as the market tends to favour those type of environments. In the future, he may venture into a public location with better natural light for a shoot, together with his girlfriend.

The videos were shot in C-LOG setting for best results in post-processing. Corrections to colour and contrast were made using Premiere Pro. See this video for details:

Using accurate keywords is crucial so your clips will rank highly for those specific and competitive keywords. Here is a list of core keywords used for the clips:

How much to price clips at Pond5

Adam uploaded the above clips to the major Microstock agencies, including Adobe Stock, Pond5 and Shutterstock. Pond5 is the only agency that allows contributors to set their own prices. Therefore, he has been experimenting recently by decreasing his prices on Pond5 by setting his 4K clip prices at USD $100 and his HD clips at USD $50 respectively.

After comparing his earnings to the previous year, he found that there was no significant increase in total sales volumes (with lower prices), therefore he actually made less money overall. Since then, he has increased his prices to USD $150 for 4K and USD $70 for HD.

In addition, each time a clip sells, he increases his price by USD $20 for that specific clip. The logic is that after each sale, the clip will rise in ranking for some keywords and may have a higher chance of sales. Alternatively, if a clip doesn’t sell for 6 months, he decreases it’s price by USD $20 until reaching the minimum price.

Adam’s advice is that, firstly, in order to speed up his workflow it’s important to have a subject for a shoot in mind and a selection of up to three shots for each scene, with room for improvisation. Also, a good idea to use your shooting partner as a model/camera person to speed up the workflow, especially if they are familiar with technical settings.

Secondly, know what ‘feel’ you’re going for in each scene so you can shoot at the appropriate frame rates for your scene. Higher frame rates (such as: 240, 120, 60) played back in real-time don’t look professional, so don’t use them as a blanket rule for your frame rates thinking you’ll just leave it up to the customer. If the scene is more conducive to being played in real-time then shoot at the standard 24/25 FPS or even 30 FPS. Spend some time searching through other similar stock videos to get a better idea of what works slowed down and what doesn’t to save you time and frustration.

For editing, especially if you are shooting in a C-LOG format, make sure you start creating presets that you save for every individual lighting situation. That way, when you shoot a similarly lit scene in the future, you will have a quick preset to apply to the clip for colour correction. In any case, he would still recommend setting your white balance as close as possible to the actual scene.

What about placing the same clip in different agencies

Adam can’t be 100% sure how much price affects the buying decision. Based on what he witnessed during his experiment, he’d conclude that stock footage buyers are generally not so price-sensitive. Therefore, the same clip can be placed at different agencies at different pricing points. Generally, all indicates that like in photos, buyers don’t shop around so much.

In addition, if a buyer sees a suitable clip to use in a project, he/she may purchase a license regardless of price, especially if the clip is unique, so he’s not afraid to price some unique clips higher.

Thanks, Adam for your insight!

Thanks, Adam for your insight and hope to hear how your clips have performed in a few months. Best of luck with your sales and with your cryptocurrencies investments! Hope you’ve enjoyed the article and wish you also the best of luck with creating some concepts that will sell for years to come. 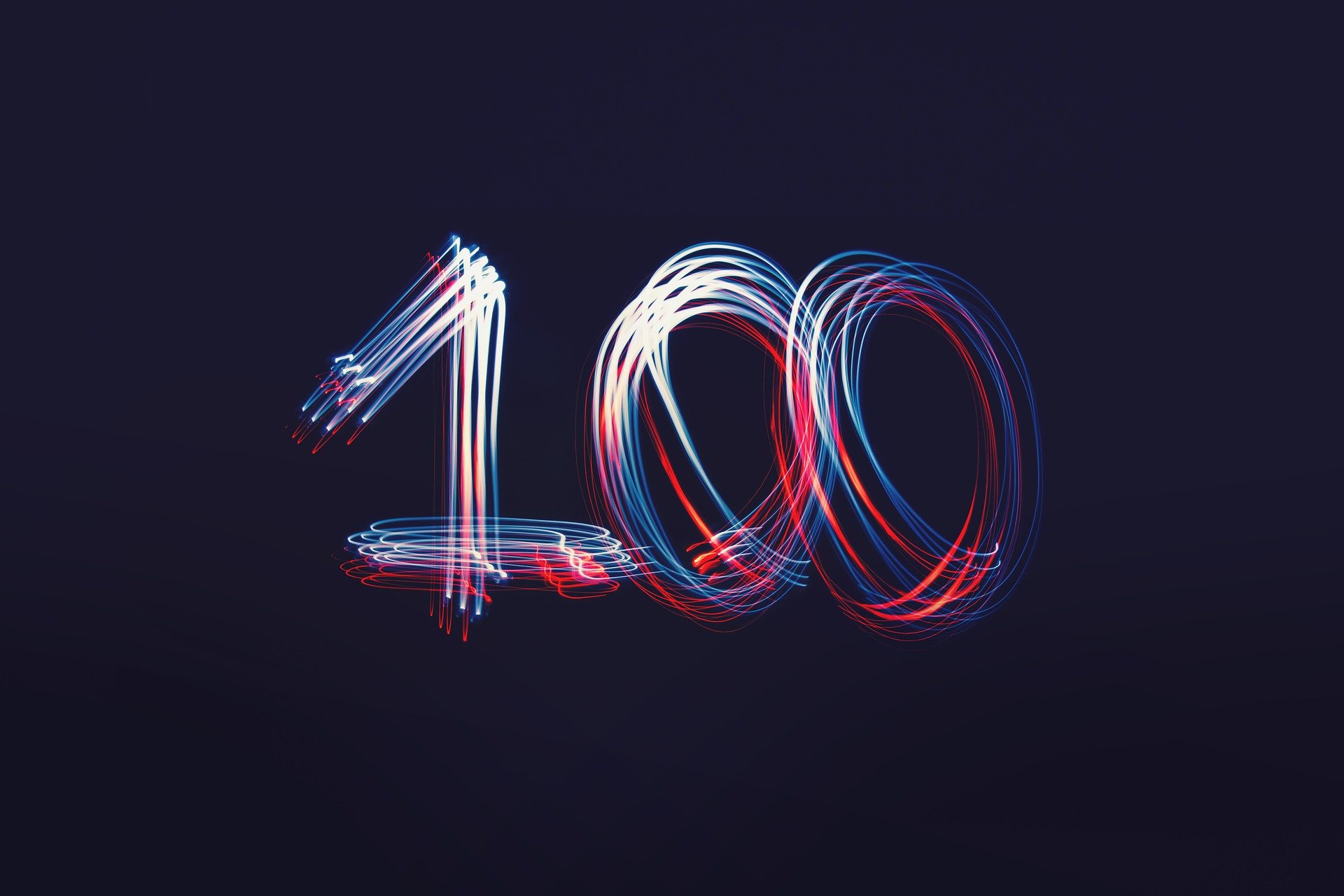 Analysis of top-100 customer queries by traffic on Shutterstock

Have you ever wondered what is the most searched content by customers? If yes, you came to the right place, since we just finished analyzing ... 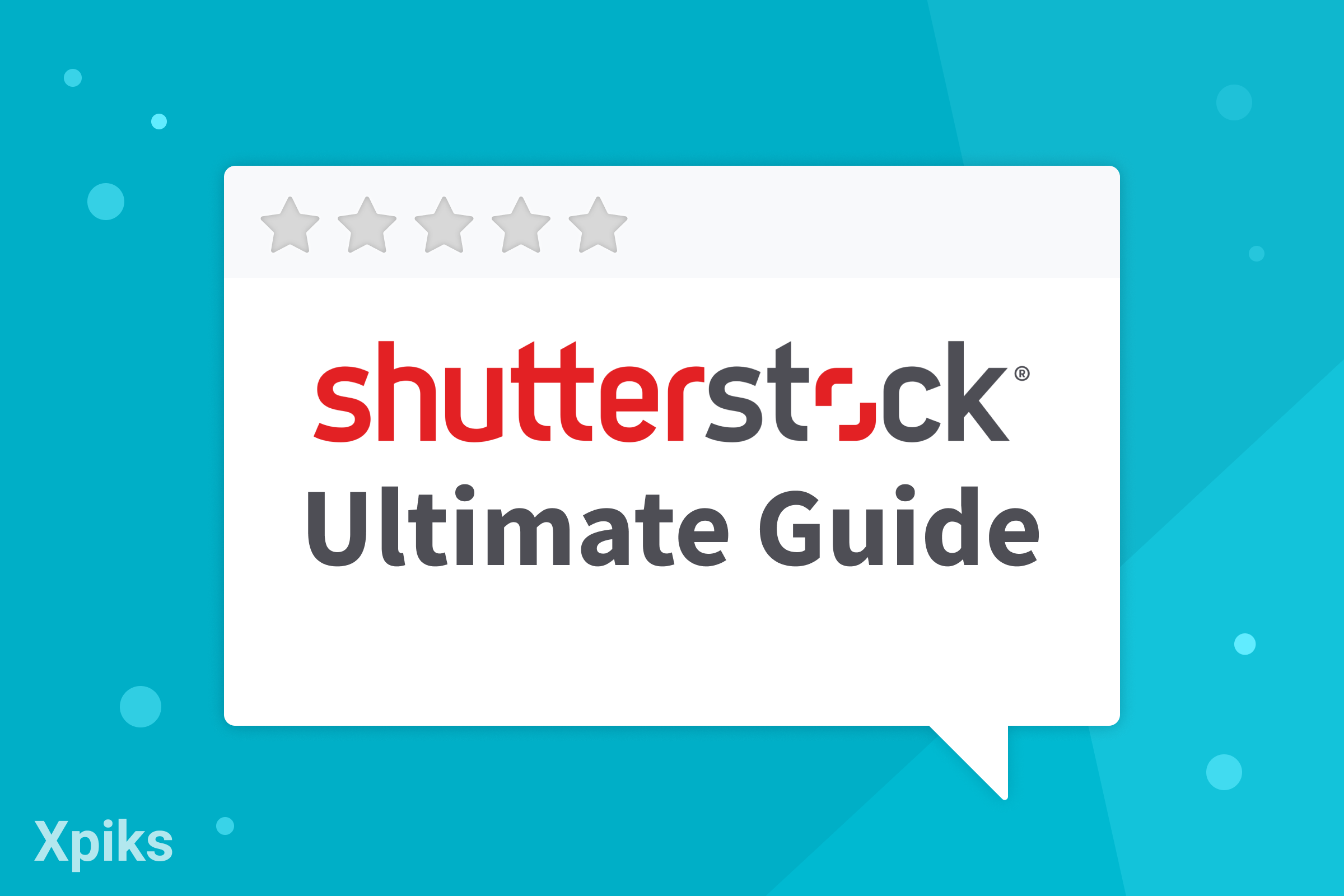 The ultimate contributor's guide to Shutterstock

Shutterstock is one of the most established and most well-paying microstock agencies out there. It was founded back in 2003 and since then ... 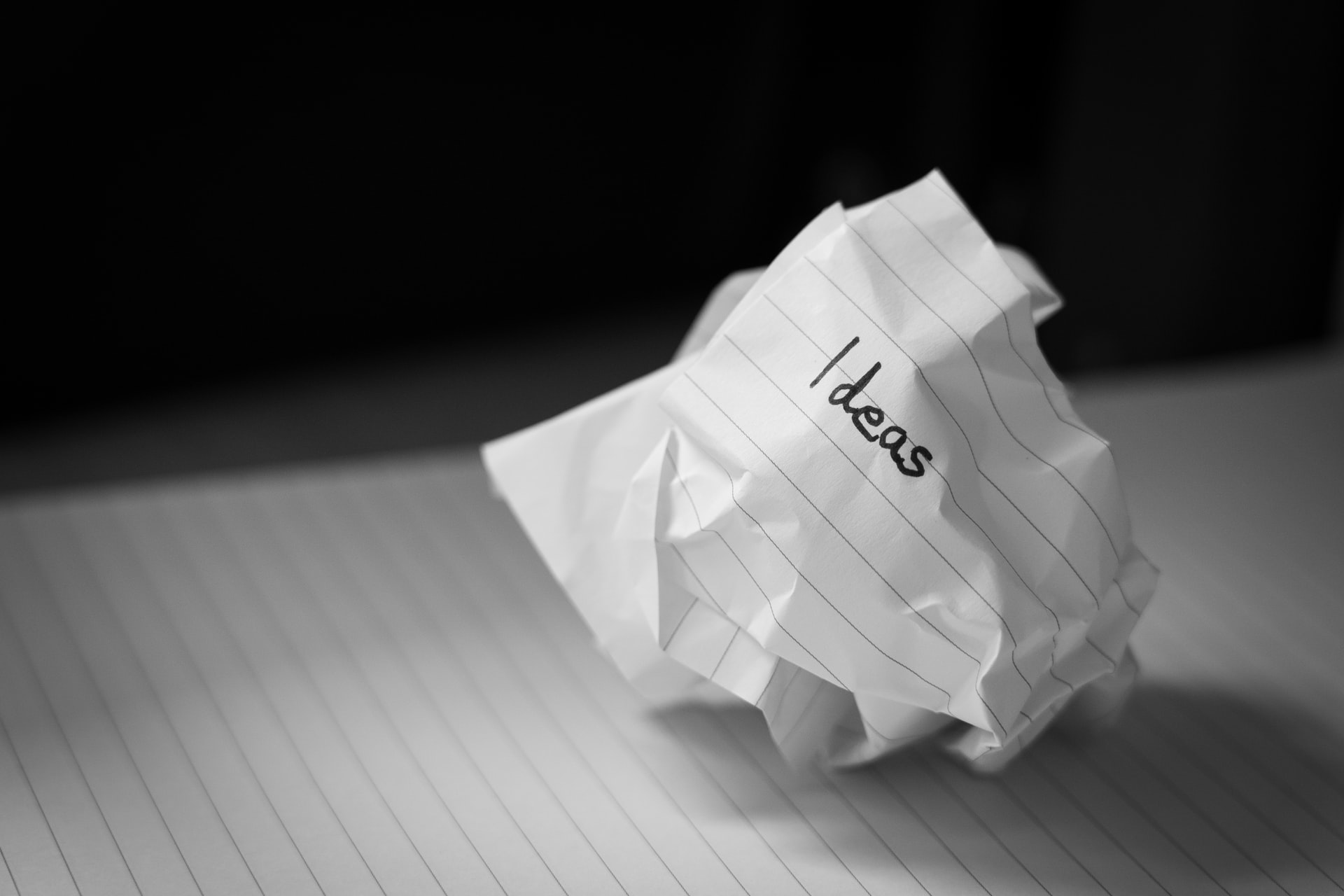 Stock Photo Ideas that you should NOT work on