It is my pleasure to announce that Xpiks 1.5.3 has been released! It incorporates a year long of improvements, small features and bugfixes. While all efforts in the development were mostly concentrated around Xpiks 1.6 major release, some recent events forced release of a smaller update in 1.5 branch. Major one was that Shutterstock changed vector upload requirements and others considerably smaller issues in Xpiks.

Major change in Xpiks 1.5.3 is full vector support without preview. Now you can open, add metadata and upload vectors without need to have a preview for it.

If Xpiks cannot find a preview, it will show artwork thumbnail as black. However, you still can add metadata to the vector and Xpiks will embed it into vector same way as it works with images. If you have vector+preview pair, Xpiks will write metadata to both of them so they will be accepted to other microstocks as before.

Also Xpiks now allows uploading vectors without previews (inside zip archives or standalone) which should allow to upload to Shutterstock and other stocks with similar requirements without issues.

Since introduction of presets in Xpiks it became one of the users’ favorite features. After introducing preset groups in version 1.5 Xpiks lacked one obvious feature: preset group management. This release adds such functionality. 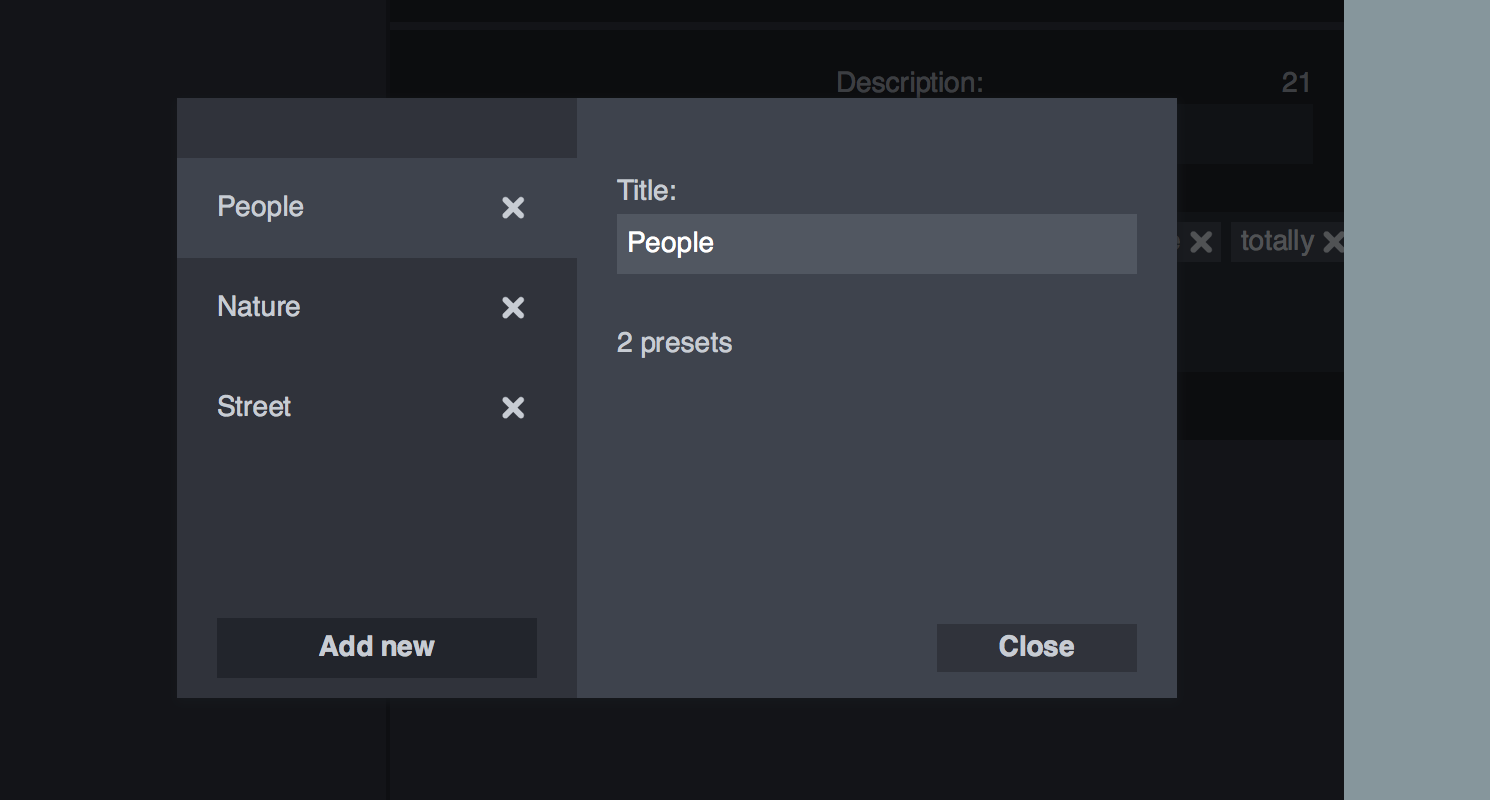 Also Xpiks has translation dictionaries support but before this release you could only add new dictionaries. Now you can also manage existing and add new from a separate dialog.

Small but so asked for improvement in Xpiks. Now you can select multiple images with Shift + mouse click in main window.

Fotolia has been acquired by Adobe Stock and recently they discontinued different developer APIs that transitioned under Adobe. In this release Xpiks switches to Adobe Stock keywords suggestion and disables Fotolia.

Combined editing is a fastrack that allows you to apply changes to multiple files at the same time. There’s an important enchancement made to it in order to prevent accidental rewrites. Now if you combine several artworks that have different title and description, by default Xpiks will use partial changes to only append new keywords. Title and Description will be disabled.

We will continue working on Xpiks 1.6 which will come with plugins support allowing extending Xpiks functionality and enabling other developers to create Xpiks extensions. Also implementing ever growing list of TODO items in Xpiks is a priority because of continuous user feedback from support channel and forums.

Xpiks 1.4 release development took as much time as usual 3 releases combined so it’s worth spending some time diving into the features it ... It is my pleasure to announce general availability of Xpiks 1.6! This release has a record number of new features comparatively to any ...

Xpiks has one feature which was never announced publicly: support for plugins. This makes it exceptionally versatile tool for all kind of ...