You cannot sign up on EyeEm and start uploading photos via FTP, as you would do any any “usual” microstock like Depositphotos or 123rf. It is more of an online community of photographers, comparable to 500px or Flickr, that started as a mobile application for iOS and Android. As this community grew, the company behind it added a marketplace where clients would be able to license photos and creators would be able to sell. Additionally EyeEm is one of the very few marketplaces that additionally partnered with microstock websites such as Adobe and Getty in order to distribute photos to them. The company itself is relatively young and is another kind of a player in the field of microstock.

What makes it different

You notice first difference from other microstock websites immediately after signing up. You are not asked to upload photos, instead EyeEm wants you to configure your feed, just like you would do on the Instagram, 500px or Flickr. You can follow various photographers and “like” their works. After some time the system will be able to recommend you new or interesting photos based on your previous selections and organize your feed based on your likings.

It’s worth noticing, that the aforementioned “liking” does not actually help with selling. This a pure social network feature not connected to the marketplace.

EyeEm is not full of “stocksy”-looking images that are so typical elsewhere. Visuals here are more “artistic” than then one you can find on Adobe Stock or Shutterstock. In this regard it is more similar to 500px if the latter would get more traction on the mobile devices or as a social network.

Another thing is there’s lots of content that is shot on the mobile phones. Since EyeEm started with mobile applications, this was one of the first intentions: applying quick filters and selling photos that are being shot every day on your smartphones.

Another distinctive feature of EyeEm is Missions. Missions are photo contests created together with partners like Waze, Humana or The Huffington Post that need a specific photo shoot. Winners get paid in money or prizes such as gear/product or being featured in premium collections on EyeEm. Additionally partners may or may not license the photo which is selected as a winner. Good things is that you may participate in few missions using photos that are already in your portfolios. Bad thing is that since everybody can participate in Missions, they do! In the end Mission has tens of thousands of submissions so it is really hard to get your photo to win.

EyeEm additionally sells your best photos on Getty Images and Adobe, but not all photos. Only hand-picked photos that are listed in “The EyeEm Collection” have the privilege to get into the Getty website. EyeEm claims to split revenue 50/50 from the partner website purchases. There are users who reportedly only make sales through the latter, not generating any on the EyeEm itself.

Some contributors are worried about potential duplicates of their photos on these partner websites in case they are selling same photos there too. The problem is that EyeEm uses their own keywords while photos uploaded to Getty will use keywords added as metadata before.

Almost every other section of the EyeEm website mentions their AI system. It’s an in-house developed system that helps to tag your photos after the upload, to recommend best commercial photos for customers and to organize your feed in their new mobile app Roll. While all the biggest players in the field like Shutterstock or Adobe are using external services like Clarifai or Google Vision, EyeEm tries to promote and sell their own solution.

EyeEm does not have an exam that you need to pass in order to start selling there. It is enough to register and you can upload and sell right away. What is even more interesting is that they seem to accept lots of photos that other microstock websites would not accept. They do not pay special attention to the technical issues like flare, noise or blur, although you cannot submit absolute trash either.

Minimal review time on EyeEm is a few days and maximum - weeks. As EyeEm states, they use AI system to evaluate commercial potential of a photo. Besides, reviewers manually verify if the photo needs a model or property release.

In order to actually start selling, you need to go to upload section. You can again immediately notice differences to other platforms. You don’t have FTP upload here, but you can import photos from Flickr, Google Drive or Dropbox. Web uploader allows uploading up to 200 photos at the same time, but it depends on the size of each individual photo.

EyeEm has “standard” photo requirements: JPG format, minimum size of 4MB and maximum of 45MB, full copyright ownership. Unfortunately you cannot use all metadata that is already stored in files that you previously uploaded to other stocks. EyeEm does not read Description or Keywords of either EXIF, IPTC or XMP metadata, probably because it was oriented for mobile photos from start. However, they use Title and Location that is stored in metadata, probably also because of same reason. After you upload the photo, they use AI to suggest their own keywords for each particular one but you have an option to filter them out. 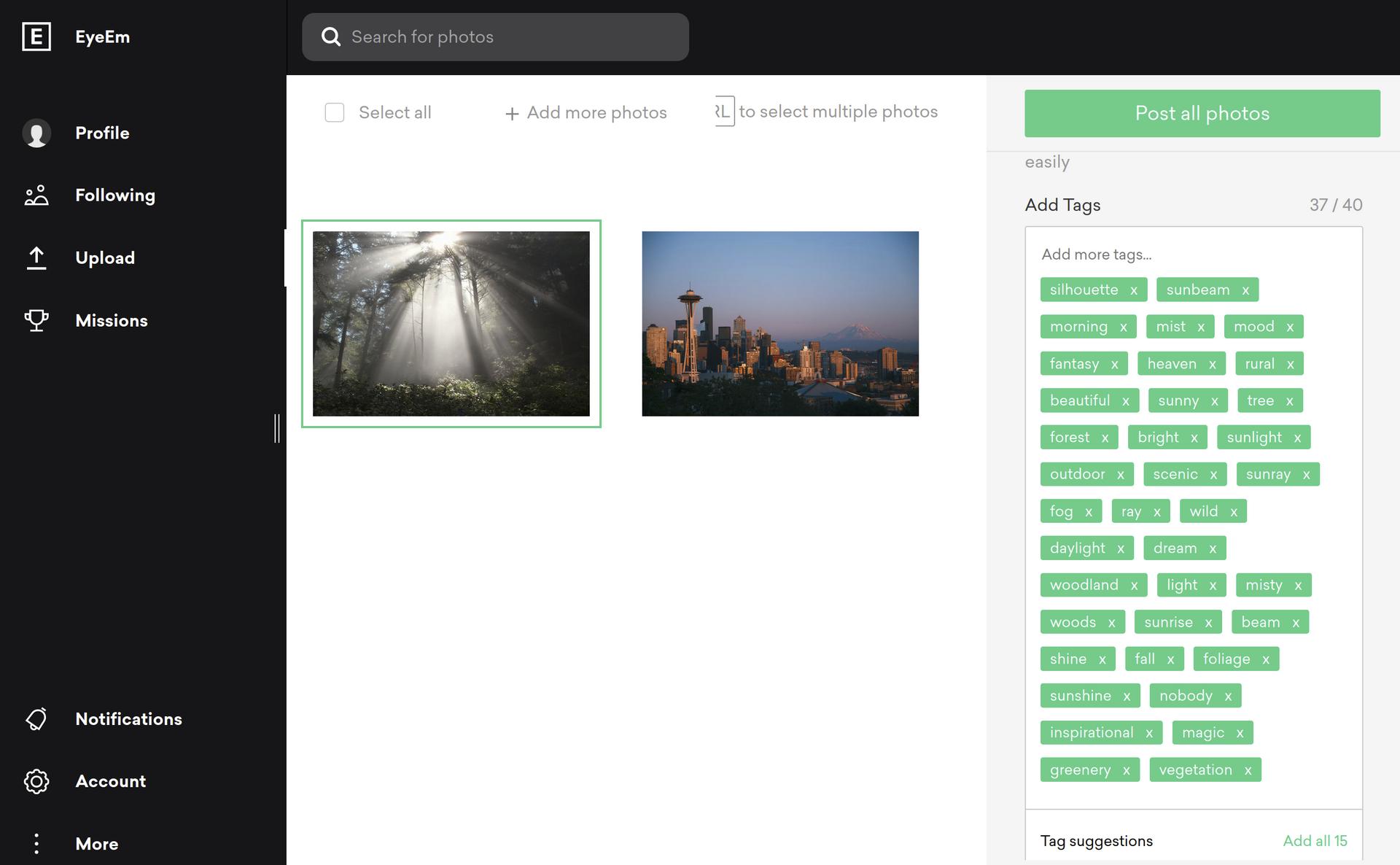 EyeEm offers two plans for customers: Essential with 29 EUR per photo and Premium with 199 EUR per photo price tag. EyeEm sells two types of licenses for photos: Standard that allows 5000 prints and Enhanced that allows unlimited use in Retail and TV.

As for the contributors, they employed a new payment strategy starting from February 1st, 2021 which is somewhat similar to the recent Shutterstock changes, although not as strict. Your earnings over the previous 12 months combined put you in one of the payment tiers:

Thus you might earn as much as 55% of the sales which is not bat at all. The biggest difference from Shutterstock is that EyeEm reviews your level quarterly and they can move you to the lower level after at least 12 months. Shutterstock, on the other hand, resets your earnings tier each year on January 1st. As EyeEm describes it, “you can move up quickly but move down more slowly”.

EyeEm is definitely different from “classic” microstock websites. It’s oriented for mobile phones and artistic content, which is being sold on partner websites such as Getty or Adobe Stock. There’s only one way to learn if this system will work for you: try it out. EyeEm does not have the most convenient contributor tools available, but it certainly can become a valuable addition to your microstock portfolio. 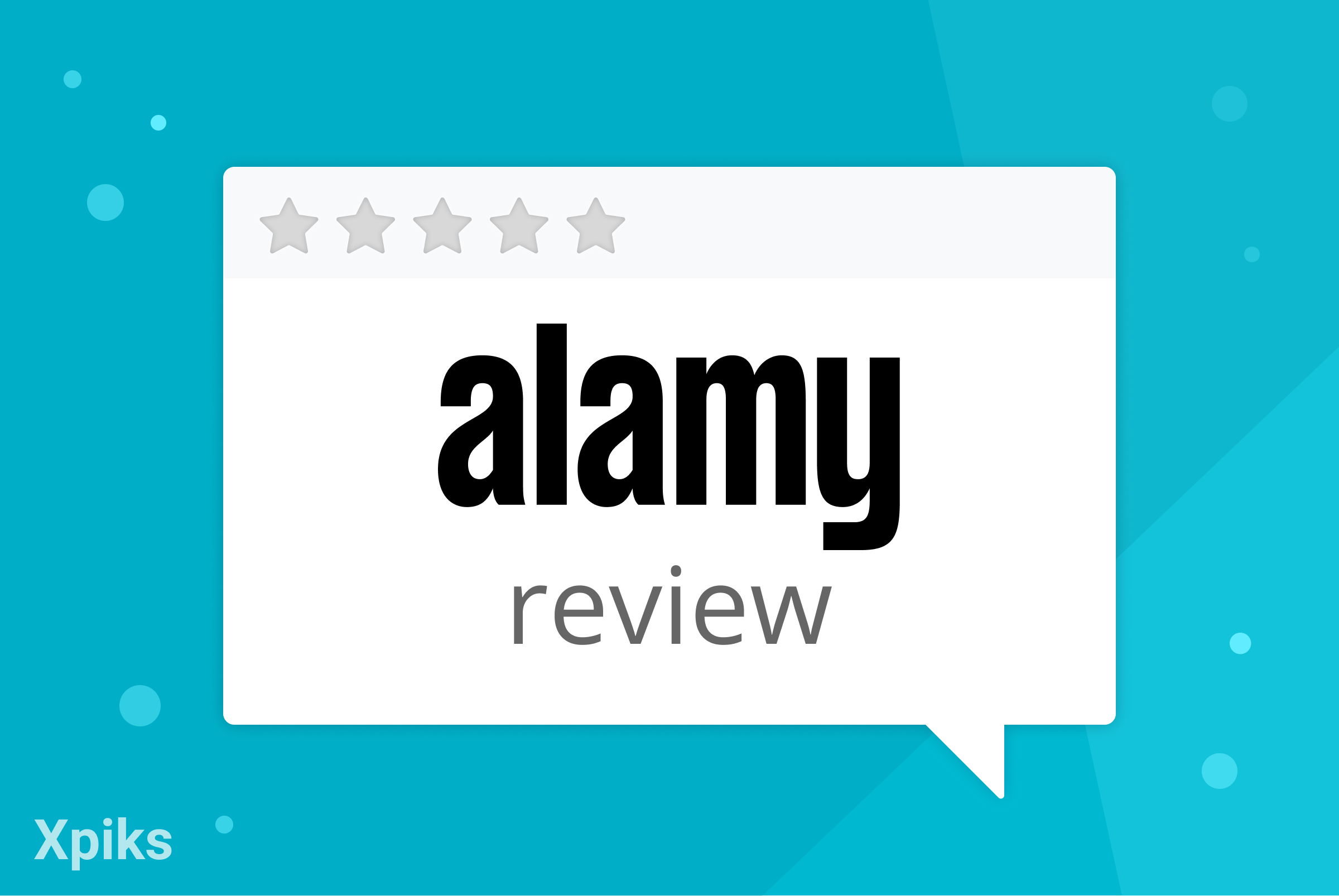 Alamy: a world outside of microstock

Alamy is a totally different player in the game of microstock. Not only it is one of the oldest agencies out there, but it still thrives and ... 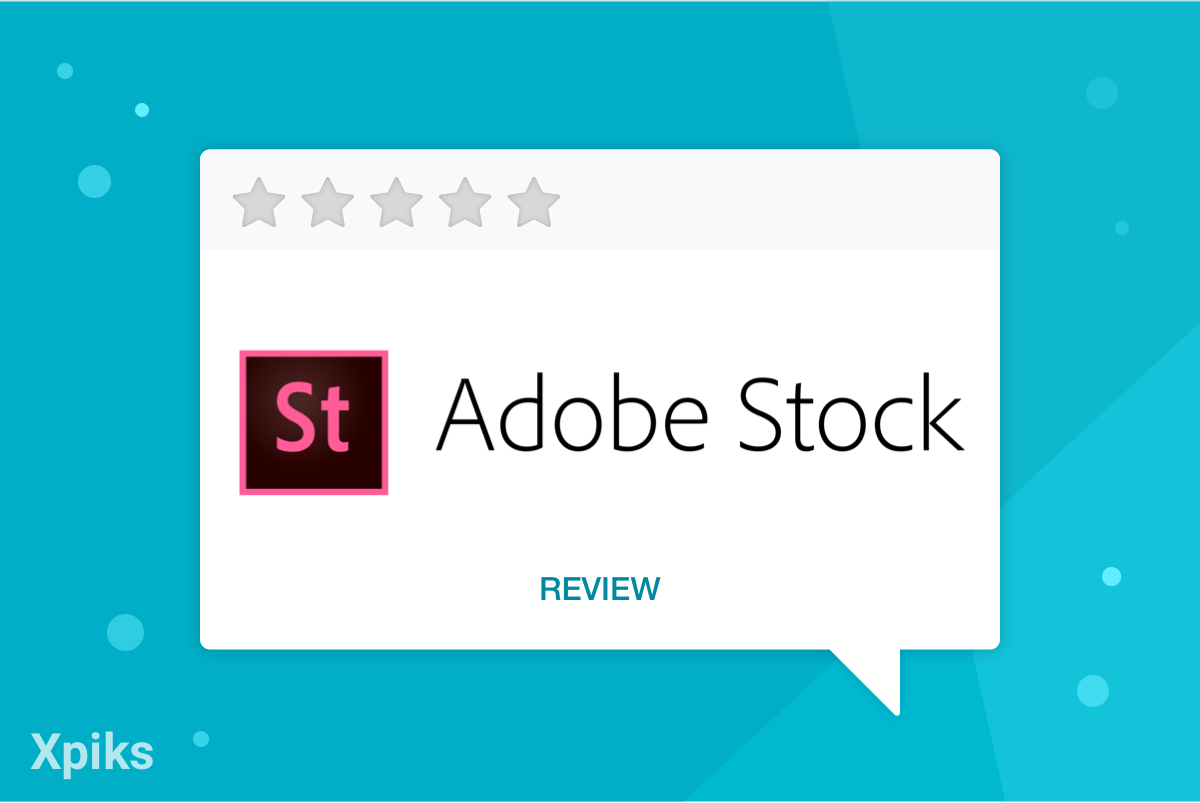